An update on eviction of farmers for a new airport in Kulon Progo, Indonesia, calling for international solidarity with communities resisting displacement, especially from India as Indian conglomerate GVK is an investor in the project. 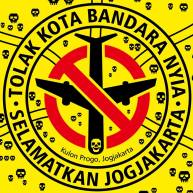 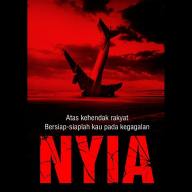 Since 8 August last week, particularly in Macanan Glagah area and 10 August heavy machinery were already operating within the compromised area (the area in which some community of peasants already sell their land and compromised with the project, although their relocation still unsure) for the development of NYIA. Despite community and peasant resistance against NYIA, the government and PT Angkasapura, cooperating
with this large company from India as the airport major investor: GVK corporation. (We urge comrades in India to communicate with us and build international solidarity)

Mainstream coverage of past struggle against NYIA in English:

PS: The struggle against NYIA is connected to the previous struggle of peasants in Kulon Progo against iron mining in which they won the struggle, not through legal means but through community grassroots struggle (riots…