The Mexican army invaded ejidal (communal) lands of Atenco, where communities have resisted land expropriation for an airport for more than a decade. The military convoy was escorting a party of workers from one of the companies contracted to construct the airport. The community of Atenco has begun daily patrols to prevent further intrusion into ejido lands and is calling for international solidarity. 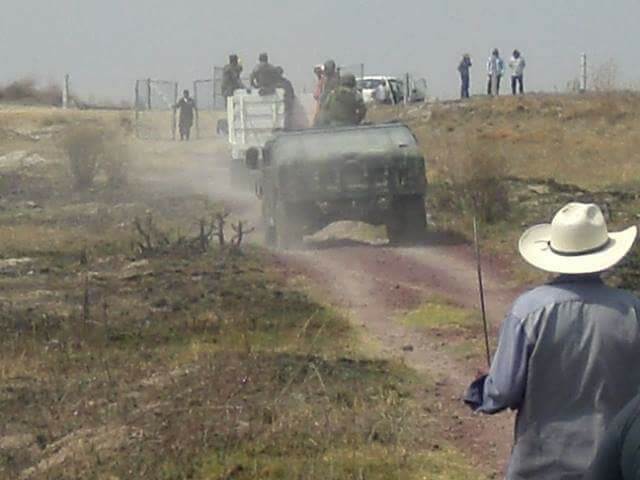 In the morning of April 12, while the police forces of the State of Mexico continued advancing at the other end of the state, in San Francisco Xochicuautla, a convoy of military entered the ejidal lands of the community of San Salvador Atenco to escort a gang of workers from one of the private companies in charge of the construction of the new airport in Mexico City.

Community members who have resisted the expropriation of their lands for more than ten years told Desinformémonos that the day before, April 11, an official of the company had already arrived in the communal lands, at the base of Cerro Huatepec, with the intention to “carry our measurements.” Facing the intrusion, villagers moved in and responded.